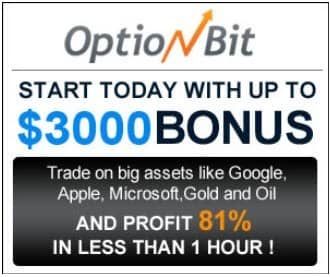 OptionBit was founded in 2010 and is generally regarded as one of the more reliable brokers around today. It is owned by a company called DC Digital Processing 2 Ltd., is based in Cyprus and, in common with many binary options sites, is unregulated. OptionBit welcomes traders of most nationalities, including those from the United States.

OptionBit was founded in 2010 and is generally regarded as one of the more reliable brokers around today. It is owned by a company called DC Digital Processing 2 Ltd., is based in Cyprus and, in common with many binary options sites, is unregulated. OptionBit welcomes traders of most nationalities, including those from the United States.

A search for complaints about the site uncovers a variety of negative comments, most of which refer to a problem with expiry values, though this has apparently been solved. There are some former users who claim that OptionBit manipulates opening strike values and that therefore it is a scam.

OptionBit uses the TradoLogic trading platform, which is entirely web based, so there is nothing that needs to be downloaded. Trading can be done on some mobile phones with a free app for the iPhone and iPad, but strangely no support for Android phones, although trading is possible from standard non-smart phones. OptionBit does offer a fully-featured demo account with a $500 virtual balance.

OptionBit offers a range of trade types, expiry times and assets. Trading types supported include:
• Standard binary Up/Down, where the trader bets on whether an asset will be above or below its current value when the trade expires.
• One Touch, where the trader bets that an asset’s value will touch a fixed value before the expiry period. Also No Touch, where the trader bets that the asset will not touch a specified value.
• Range bets, where the trader bets that an asset will remain within a specified range of values.
• Close Now, a special feature that allows a trade to be closed before its expiry, thus allowing profits to be locked in.
• Roll Forward, a feature that allows a trader to extend the expiry period of a trade if it is losing.
The range of expiry times available with OptionBit, depending on the type of asset traded, is as follows:
• 60 seconds
• 30 minutes
• 1 hour
• To end of the day
• To end of the month
The range of available assets is rather restricted, with only some 53 in total, compared to well over 100 offered by some brokers. Assets include: currency pairs (such as Euro/Dollar), indices (for example, the German DAX or the FTSE 100), stocks (such as Apple or IBM), commodities such as gold or oil and, unusually, one bond (BUND).

Payouts for binary trades are high if the trade succeeds, or if it ends ‘in the money’. OptionBit offers payouts in the range 65 to 81 percent, for all trade types.

Should a standard Up/Down trade finish ‘out of the money’ – that is, if it fails – then a payback of 10 percent of the stake is given, thus reducing the risk of a losing trade. Other risk management facilities are the Close Now and Extend features. The former allows a trade to be closed before its expiry time, thus locking in profits, while the Extend feature allows a trade’s expiry time to be extended, giving a losing trade the chance to become a winning one. Both of these features are available at a cost.

Trading accounts may be opened in US Dollars, Euros or Pounds Sterling. The minimum deposit value is at present $200, EUR200 or £200, and the maximum is $5000, EUR5000 or £5000. A bonus of $500 is available for new depositors, though there are strings attached to this. OptionBit provides a range of payment methods including credit and debit cards, wire transfer, Moneybookers and Western Union. Profits can be withdrawn without charge once a month, and if additional withdrawals are required, they can be arranged for a fee, currently $30. There is no limit as to the amount that can be withdrawn, and the withdrawal process can take between 5 and 12 business days to complete.

OptionBit uses Reuters news feeds to provide research information to users, and also uses Reuters to obtain up to date asset prices. There is a variety of trading and other research tools available, including charts and graphs, trade alert setup, and automated trading which has attracted many favorable comments from reviewers. The site also offers a training program for members.

OptionBit is especially recommended for its Digital (Up/Down), One Touch or No Touch and Range trades, and special mention should be made of the Close Now facility, where a trade can be closed before expiry to lock in profit, and the Extend feature, which allows a trade’s expiry time to be postponed to allow a losing trade time to convert to a winning one. 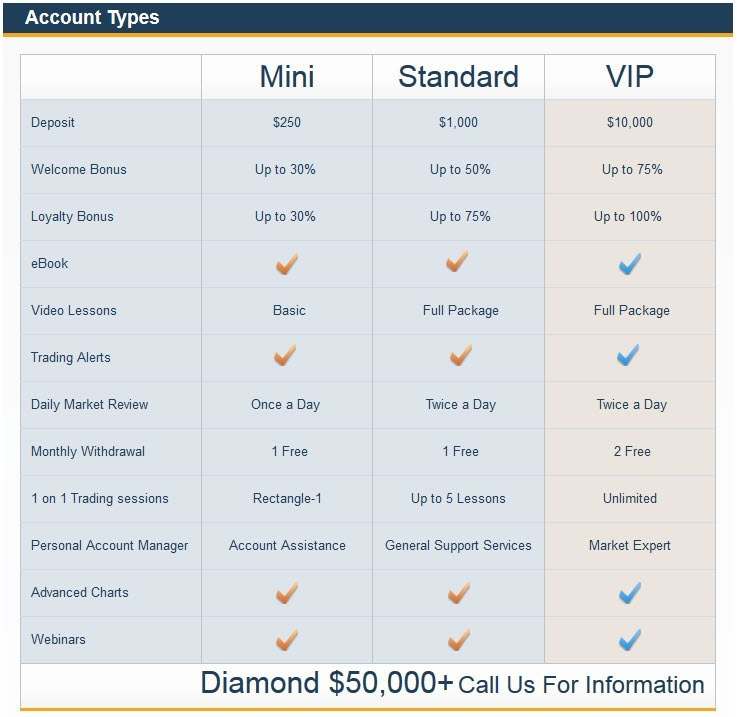